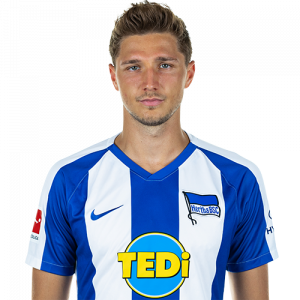 Niklas Stark (born 14 April 1995) is a German professional footballer who plays as a centre back for Hertha BSC.

Stark signed for Hertha BSC on 24 August 2015. Niklas Stark is considered to be the best young centre back in the German Bundesliga by most pundits, which is high praise for the defender. Stark’s superb performances for Hertha Berlin, earned him serious interest from giant German club Bayern Munich.

International career
On 15 March 2019, Stark was called up for the German national team for the first time in his career by national team coach Joachim Löw. He made his debut on 19 November 2019 in a Euro 2020 qualifier against Northern Ireland. He substituted Lukas Klostermann in the 65th minute.