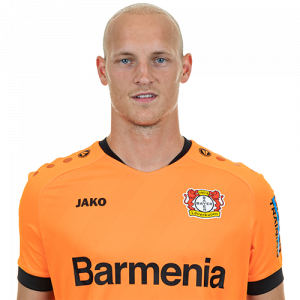 Career
Lomb came through Bayer Leverkusen’s youth setup and made his debut for the club in a UEFA Europa League tie against Rosenborg on 6 December 2012.

During the first half of the 2014–15 Bundesliga, he was goalkeeper number three for Bayer Leverkusen, being left out of the squad in all official matches. Subsequently he was loaned to 3. Liga side Hallescher FC for the remainder of the season.

In 2018, Lomb was loaned to SV Sandhausen for one year.

In 2020, Lomb renews with Bayer Leverkusen.