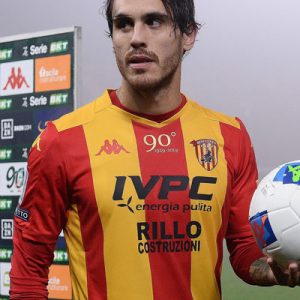 Benito Nicolas Viola is an Italian footballer who currently plays as a midfielder for Seria A side Benevento.

Reggina
Viola was born in Oppido Mamertina, in the same province of Reggina Calcio. Viola made his Serie A debut for Reggina on 11 January 2009 against S.S. Lazio. He also played twice at 2008–09 Coppa Italia.

Palermo
On 30 January 2012, Palermo announced to have purchased Viola from Reggina in a co-ownership agreement with the club, for €1.8 million in a 4+1⁄2-year contract. The player would stay on loan at Reggina until the end of the 2011–12 Serie B season.

Ternana
On 1 July 2013, Ternana acquired Viola from Reggina, with Palermo retained the 50% registration rights. In June 2015 the co-ownership deal expired, as Ternana did not purchase him from Palermo. However, Palermo also released Viola for free.

Novara
On 2 August 2015, Viola was signed by Novara Calcio.