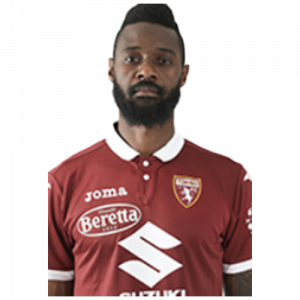 Nicolas Alexis Julio Nkoulou Ndoubena (born 27 March 1990), commonly referred to as Nicolas Nkoulou, is a Cameroonian professional footballer who plays as a defender for Italian club Torino and the Cameroon national team.

On 5 August 2017, Italian club Torino announced they had signed Nkoulou on a year-long loan with an option to purchase. He made his debut on 11 August 2017, in the Coppa Italia against Trapani, won by Torino 7–1. His debut in Serie A took place instead on 20 August, against Bologna (1–1). He scored his first goal for the club on 2 December, during a 1–1 draw against Atalanta.

At the end of his first season with the club, he was voted by the fans as the best player of Torino in the 2017–18 season. His contract was redeemed by Torino for €3.5 million.