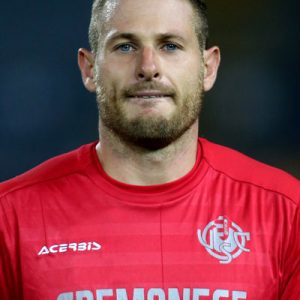 Nicola Ravaglia (born 12 December 1988) is an Italian professional footballer who plays for Sampdoria as a goalkeeper.

Cesena
Ravaglia made his Cesena and Serie B debut on 2006–07 Serie B season, and was loaned for U.S. Poggibonsi in the following season. After this loan, he was a first choice in 2008–09 Lega Pro Prima Divisione, which the club promoted back to Serie B. However, he was loaned again in the following season to F.C. Esperia Viareggio (also in co-ownership), and in the next, to SPAL 1907.

Cremonese
On 7 July 2015, Ravaglia was signed by U.S. Cremonese.

Sampdoria
On 1 September 2020, Ravaglia signed a two-year contract with Sampdoria.