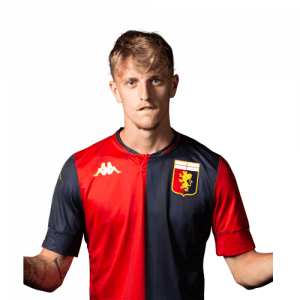 Nicolò Rovella (born 4 December 2001) is an Italian professional footballer who plays as a midfielder for Serie A club Genoa, on loan from Juventus.

Club career
Rovella made his professional debut with Genoa in a 3–2 Coppa Italia win over Ascoli on 3 December 2019. He made his Serie A debut on 21 December 2019, aged 18, playing as a substitute in the match lost 4–0 against Inter Milan away from home.

On 29 January 2021, Juventus announced the signing of Rovella on a three-and-a-half-year contract for €18 million, plus a maximum of €20 million in performance-related bonuses. Rovella will remain on loan at Genoa until the end of the 2021–22 season.

International career
On 12 November 2020, Rovella made his debut with the Italy U21 playing as a starter in an European Championship qualifying match won 2–1 against Iceland in Reykjavík.