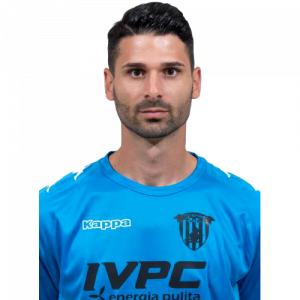 Nicolò Manfredini (born 1 May 1988) is an Italian footballer who plays for Serie A club Benevento as a goalkeeper.

Born in Ferrara, Emilia–Romagna, Manfredini started his career at hometown club SPAL. In June 2005, he was signed by Tuscany and Serie A club Fiorentina. He was the starting goalkeeper of the club’s Primavera under-20 team from 2005–06 to 2006–07; Manfredini finished as the losing side in the round of 16 in 2006–07 season.

In 2007, Manfredini left for Serie D club Carpi.  In the next season, he was signed by Lega Pro Seconda Divisione club Gubbio.