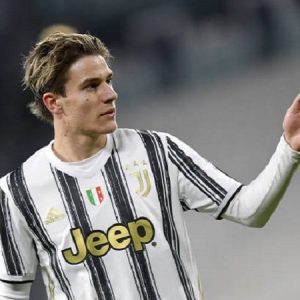 Fagioli played for Juventus at youth level. He made his senior debut for Juventus in July 2018 at the 2018 International Champions Cup. Fagioli also played in the 2018 MLS All-Star Game on 1 August 2018, where he came on as a half-time substitute and scored the first penalty kick in the shootout that Juventus won against the MLS All-Stars.

Fagioli made his Serie C debut for Juventus U23, the reserve team of Juventus, on 24 September 2018, in a game against Carrarese. It was his only game of the 2018–19 season. In 2019–20, Fagioli played five league games, helping Juventus U23 reach the promotion play-offs, where he played one game against Padova.

On 27 January 2021, Fagioli made his debut for Juventus, playing as a starter in a 4–0 Coppa Italia win over SPAL. His Serie A debut came on 22 February 2021, coming on as a substitute for Rodrigo Bentancur in the 69th minute in a 3–0 home win against Crotone.