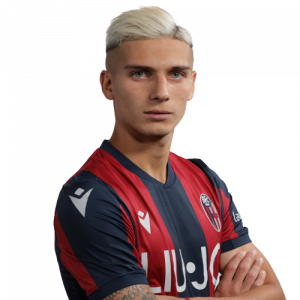 Nicolás Martín Domínguez,(born 28 June 1998) is an Argentine professional footballer who plays as a centre midfielder for Italian club Bologna in the Serie A.

On 30 August 2019, he signed a contract with Italian club Bologna and was loaned back to Vélez Sarsfield for the rest of 2019. Domínguez made his debut for Bologna as a sub on 12 January in a 1–0 loss away at Torino. He would make his first start for the club on 19 January in a 1–1 home draw against Hellas Verona.