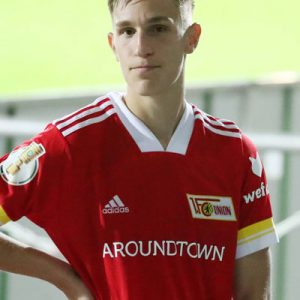 Nico Schlotterbeck (born 1 December 1999) is a German professional footballer who plays as a centre-back for Union Berlin, on loan from SC Freiburg.

Career
Freiburg
Schlotterbeck made his professional debut for SC Freiburg on 9 March 2019, coming on as a half-time substitute for Philipp Lienhart in the 2–1 home win against Hertha BSC.