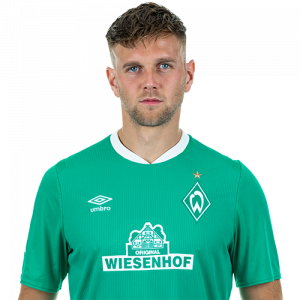 Niclas Füllkrug (born 9 February 1993) is a German professional footballer who plays as a striker for SV Werder Bremen.

A Werder Bremen youth product, he started his senior career with the club’s reserves. Following appearances with the first team in the Bundesliga and a loan to 2. Bundesliga side Greuther Fürth in the 2013–14 season, he moved to 1. FC Nürnberg. His performances at Nürnberg earned him a move to Hannover 96 in 2016. In April 2019, Füllkrug’s return to Werder Bremen for the 2019–20 season was announced.

In April 2019, it was announced Füllkrug would return to former club Werder Bremen for the 2019–20 season. There were conflicting reports of the fee paid to Hannover 96 with Deichstube reporting €6.3 million plus a possible 500,000 in bonuses and Sportbuzzer claiming 7 million. 1. FC Nürnberg also profited from the transfer through a 10% sell-on clause. On 26 September 2020, he scored his second Bundesliga hat-trick in a 3–1 away win against Schalke 04.