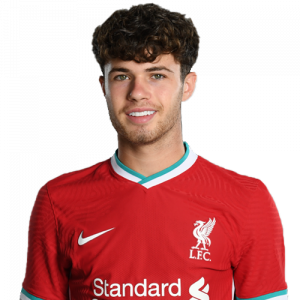 Neco Shay Williams (born 13 April 2001) is a Welsh professional footballer who plays as a right back for Premier League club Liverpool and the Wales national team.

Williams joined the academy of Liverpool at the age of six and progressed through the youth ranks, representing the club at U18, U19 and U23 level, as well as in the UEFA Youth League. He suffered a serious back injury which ruled him out for most of the 2017–18 season, but recovered his place to feature in the club’s victorious FA Youth Cup campaign two years later.

Williams’ form at youth level was rewarded when, on 30 October 2019, he made his debut for the senior side, starting in a 5–5 (5–4) penalty shoot out win over Arsenal in the EFL Cup. He featured prominently in the match and recorded a last-minute assist for Divock Origi’s goal to send the match to penalties, where Liverpool emerged victorious. In December, he was included in Liverpool’s squad which won the 2019 FIFA Club World Cup, although he was an unused substitute in both of the club’s matches in the competition.

Following the turn of the year, he starred in a team largely made up of teenagers and reserves that defeated Merseyside rivals Everton in the FA Cup 3rd round, and Shrewsbury Town in the 4th round replay, forcing an own goal from Ro-Shaun Williams in the latter fixture to secure his side’s progression in the competition. In the match against Shrewsbury, Williams was also part of a starting line-up that was the youngest in Liverpool’s history, with an average age of 19 years and two days. His Premier League debut followed on 24 June 2020, shortly after campaign resumed following a three-month long suspension caused by the COVID-19 outbreak, when he featured as a 74th-minute substitute in a 4–0 win over Crystal Palace. Williams would go on to make enough appearances to secure his league winners’ medal, and a few weeks later on 17 August, he signed a new long-term deal with the Reds.