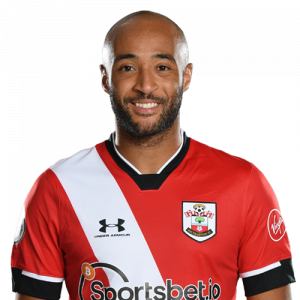 Redmond began his career as a youngster with Birmingham City, his hometown club. He made his first-team debut in the League Cup second-round tie against Rochdale in August 2010, becoming the club’s second-youngest player ever at the age of 16 years and 173 days. After representing England at levels up to under-19, Redmond made his first under-21 debut in the 2013 European Under-21 Championship finals. He joined Premier League club Norwich City in the 2013 close season, before making the switch to Southampton from Norwich in the 2016 close season.

He typically plays as a wide midfielder. He is right-footed, but has regularly played on both right and left wings, often cutting inside. He has also occasionally played in the centre behind a lone striker.

On 25 June 2016, Redmond completed a move to Premier League club Southampton for an undisclosed fee, believed by BBC Sport to be £10 million. He signed a five-year contract. Redmond scored on his competitive debut, with the equalising goal in a 1–1 draw at home to Watford on 13 August.

In Redmond’s third season with the club, he made a big contribution towards Southampton’s Premier League survival as they finished in 16th place, five points above relegation,[ This was reflected when he was awarded both Fans’ and Players’ Player of the year at the end of season awards. Redmond commented that “The boys in the dressing room, the manager and the coaching staff have enabled me to play with confidence and affect games in a positive way”.

Before the start of the 2019–20 Premier League season, Redmond signed a new four-year deal with Southampton, extending his stay with the club until the summer of 2023. He said “I feel like we can hopefully build something special and to be a part of it for the next four years is good for me.”

On 21 March 2021, Redmond scored twice and sets up another goal in a 3–0 victory against Bournemouth to help Southampton reach the FA Cup semi-finals.