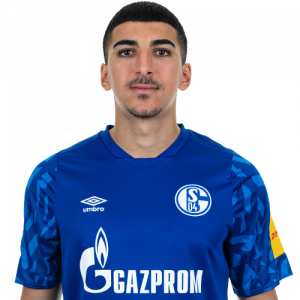 Nassim Boujellab (born 20 June 1999) is a footballer who plays as a midfielder for Schalke 04, born in Germany, Boujellab represents Morocco internationally.

Club career
Boujellab made his professional debut for Schalke 04 in the Bundesliga on 31 March 2019, coming on as a substitute in the 79th minute for Suat Serdar in the 1–0 away win against Hannover 96.

International career
Boujellab was born in Germany, and is of Moroccan descent holding dual citizenship. Boujellab was called up to the Morocco under-23 national team for the first time in September 2018. He made his under-23 debut in October 2018, making two appearances in friendly matches against Algeria. He represented the Morocco national team in a friendly 3-1 win over Senegal on 9 October 2020.