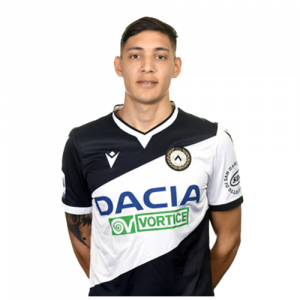 Nahuel Molina Lucero (born 6 April 1998) is an Argentine footballer who plays as a right back for Udinese.

Molina is a youth export from Boca Juniors. On 18 February 2016, he made his first team debut in a league game against San Martín de San Juan. He played the full game.

In January 2018, Molina was loaned out to Defensa y Justicia for the rest of 2018. The next season he was loaned to Rosario Central where he found the continuity he needed to stand out and ended up returning to Boca Juniors at the start of 2019.