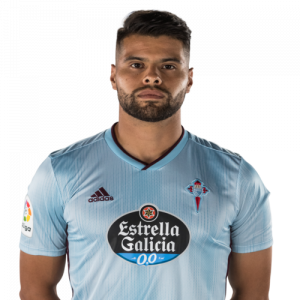 He is an Olympic gold medalist.

Araujo began his career with Cruz Azul in 2010, and played with the club for three years before joining Santos Laguna, initially in a loan deal which the club made permanent the following year. At Santos, he played in over 100 matches, winning the Liga MX on two occasions.

A Mexican international since 2011, Araujo has represented his country at the 2011 Copa America, 2012 Toulon Tournament, Copa America Centenario, and the 2017 FIFA Confederations Cup. He also won the Olympic gold medal with Mexico at the 2012 Summer Olympics.

Celta de Vigo
On 14 June 2018, Araujo joined Spanish outfit Celta de Vigo on a five-year contract. On 21 July, he made his debut in a friendly match against Espanyol.