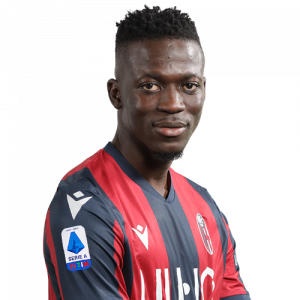 Musa Barrow (born 14 November 1998) is a Gambian professional footballer who plays as a forward for Serie A club Bologna, on loan from Atalanta, and the Gambia national team.

Early career
Barrow joined Atalanta in 2016 from The Gambia where he played football locally and in the street, and in his first appearance with the youth squad scored two goals from midfield. He joined the first team squad in 2018 after scoring 19 goals in 15 games for the youth side.

On 18 September 2019, Barrow made his Champions League debut against Dinamo Zagreb.

Bologna
On 17 January 2020, Barrow moved from Atalanta to Bologna on loan with an obligation to buy for a fee reported to be around €13 million. Soon after his transfer, Barrow became the starting striker under Siniša Mihajlović and became one of their top scorers of the season despite only arriving in January.