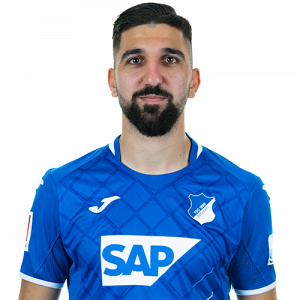 Mu’nas Dabbur is an Israeli professional footballer who plays as a striker for Bundesliga club 1899 Hoffenheim and the Israel national team.

rasshopper
On 4 February 2014, Dabbur confirmed his transfer to the Swiss Super League after Grasshopper Club Zürich paid a transfer fee of $425,000 to Maccabi Tel Aviv.

Sevilla
On 17 January 2019, Dabbur agreed terms to join Spanish club Sevilla FC. He agreed to a four-year contract but stayed with Salzburg until the end of the campaign. Dabbur made his La Liga debut against Osasuna in matchweek 16, coming on as a substitute for Óliver Torres in the 78th minute.

Hoffenheim
On 7 January 2020, it was disclosed that Dabbur had signed a contract until 2024 with TSG 1899 Hoffenheim for a reported fee of 12 million euros.