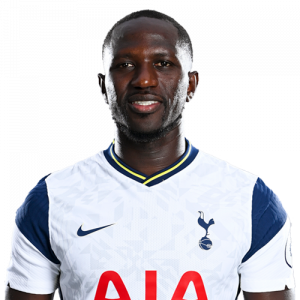 Moussa Sissoko (born 16 August 1989) is a French professional footballer who plays for Premier League club Tottenham Hotspur and the French national team. He plays as a box-to-box midfielder in the centre of the pitch, and is capable of playing in either a holding midfield role, or even as an attacking midfielder, right winger or right back.

Sissoko began his football career playing for local youth clubs in the Île-de-France region, such as Espérance Aulnay and AS Red Star 93. In 2002, he moved south to join professional club Toulouse. Sissoko spent four years in the club’s youth academy and made his professional debut in the 2007–08 season. He also played in the UEFA Champions League for the first time. In the following season, Sissoko earned award nominations for his performances and also helped Toulouse qualify for the newly created UEFA Europa League. He eventually joined Newcastle United in the Premier League in 2013, before moving on to Tottenham Hotspur in 2016 after Newcastle’s relegation from the top flight. At Tottenham, Sissoko finished runner-up in the 2016–17 Premier League and the 2018–19 UEFA Champions League.

Sissoko was a French youth international and played at all levels he was eligible for. In August 2009, he was called up to the senior team for the first time and made his senior international debut in a 2010 FIFA World Cup qualification against the Faroe Islands. He made his first international start four days later in a qualifier against Austria. Sissoko was a member of the France side that lost the UEFA Euro 2016 Final.