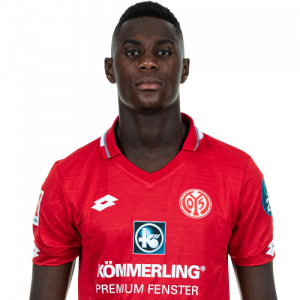 Moussa Niakhaté (born 8 March 1996) is a French professional footballer who plays as a centre-back for Bundesliga club Mainz 05.