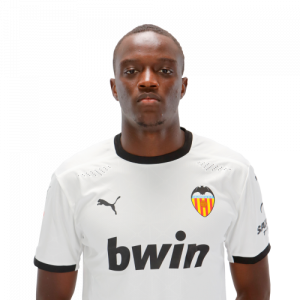 Mouctar Diakhaby (born 19 December 1996) is a French professional footballer who plays for Valencia in La Liga.

He has also represented the French national youth teams starting from the France national under-19 football team.

Lyon
Diakhaby made his first team debut for Lyon on 10 September 2016 in a Ligue 1 match against Bordeaux, playing the whole match in a 3–1 home loss. On 30 November 2016, he scored his first competitive goal for the Lyon first team in a 6–0 Ligue 1 away rout of Nantes. On 23 February 2017, Diakhaby scored a goal (in the 89th minute) in the 2016–17 Europa League round of 32 second-leg 7–1 home win over AZ Alkmaar to register his first career UEFA Europa League or UEFA Champions League goal. He also scored a goal in each of two legs of the 2016–17 Europa League round of 16 tie against Roma.

Valencia
On 28 June 2018, Diakhaby signed a five-year deal with Spanish side Valencia.