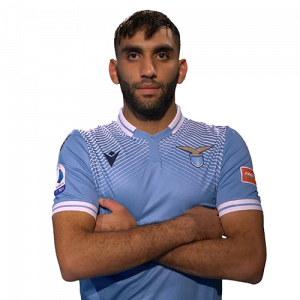 Mohamed Salim Farès (born 15 February 1996) is a French-born Algerian professional footballer who plays for Italian side Lazio and the Algeria national team as a wing-back or winger.

Hellas Verona
Fares joined Hellas Verona in January 2013 from Girondins de Bordeaux. He made his debut on 14 December 2014 in a 2–1 Serie A away win at Udinese, replacing Alessandro Agostini in stoppage time.

Lazio
On 1 October 2020, Fares signed a five-year deal with Lazio.