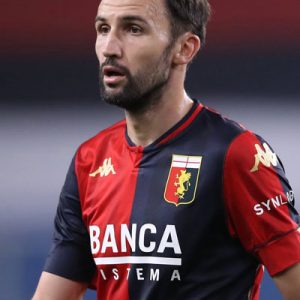 Milan Badelj (born 25 February 1989) is a Croatian professional footballer who plays as a midfielder for Genoa and the Croatia national team.

He is a member of the Croatian squad that finished runners-up in the 2018 FIFA World Cup.

Genoa
On 16 September 2020, Badelj signed a three-year contract with Genoa.

On February 20, 2021, he scored his first goal for the club, as he equalized at the last minute of a match against Hellas Verona: in that occasion, he celebrated by recreating the number 13 with his fingers pointed to the sky, as a way to pay tribute to his late friend and former team-mate Davide Astori (in fact, the Italian defender had used to wear the number 13 shirt until his tragic death).