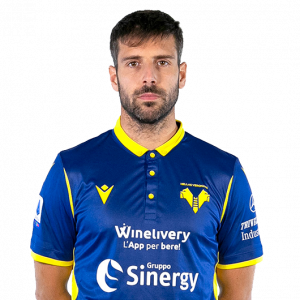 Miguel Luís Pinto Veloso (born 11 May 1986) is a Portuguese professional footballer who plays for and captains Italian club Hellas Verona.

Mainly a defensive midfielder, he can also operate as an attacking left back.

He started his career with Sporting, for which he appeared in 165 games all competitions comprised, and also spent two years with Genoa before joining Dynamo Kyiv in 2012. After winning four domestic honours in Ukraine, he returned to Genoa in 2016.

A full international since 2007, Veloso earned 56 caps for Portugal, appearing at two World Cups and as many European Championships.

On 30 July 2010, Veloso was sold to Genoa C.F.C. in Italy. On 4 July 2012 he moved teams and countries again, signing a four-year contract with FC Dynamo Kyiv of the Ukrainian Premier League.

On 31 July 2016, after 127 games in all competitions (14 goals) and four major titles, including the double in the 2014–15 campaign, 30-year-old Veloso returned to Genoa. He left the Stadio Luigi Ferraris two years later, but returned shortly after agreeing to a new deal.