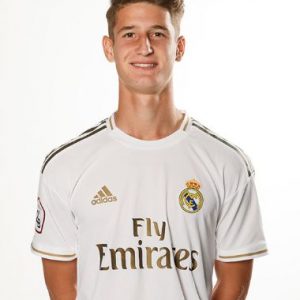 Mainly an attacking midfielder, he can also play as a left winger.

Real Madrid
Born in Córdoba, Andalusia, Baeza joined Real Madrid’s La Fábrica in 2012, from hometown side Séneca CF. On 6 January 2019, while still a junior, he made his senior debut with the reserves by starting in a 3–0 Segunda División B away loss against Pontevedra CF.

Definitely promoted to the B-side for the 2019–20 season, Baeza scored his first senior goal on 31 August 2019, netting his team’s third in a 3–1 home win against Marino de Luanco. The following 26 January, he scored a hat-trick in a 3–1 home success over SCR Peña Deportiva.

Celta
On 15 August 2020, Baeza moved straight to La Liga after agreeing to a five-year contract with RC Celta de Vigo, for a rumoured fee of €2.5 million for 50% of his federative rights. He made his debut for the club on 12 September, coming on as a second-half substitute for Brais Méndez in a 0–0 away draw against SD Eibar. On 29 November, he scored his first professional goal in a 3–1 home win over Granada CF.