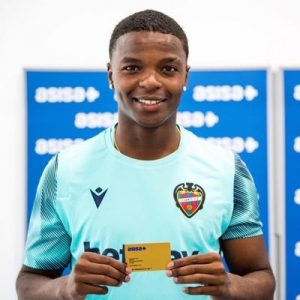 Mickaël Ramon Malsa (born 12 October 1995) is a Martiniquais professional footballer who plays as a midfielder for Spanish club Levante UD.

Born in Paris, Malsa passed the youth ranks of FC Sochaux-Montbéliard. He made his full debut at 8 February 2014 in a 2–0 away defeat against Lille. Two weeks later he featured again in a league game against Valenciennes, which ended into a 2–2 draw.

In January 2015 Malsa moved to Royal Antwerp. After a short spell at US Avranches, he joined Fortuna Sittard in 2017.

On 23 July 2018, Malsa was loaned to Segunda División side Albacete Balompié, for one year. On 3 September of the following year, he joined fellow league team CD Mirandés on a permanent one-year deal.

On 22 July 2020, Malsa agreed to a four-year contract with La Liga side Levante UD.