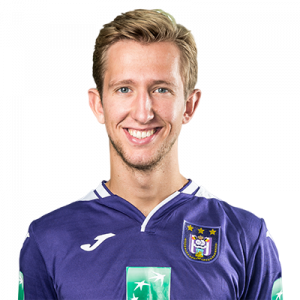 Michel Vlap (born 2 June 1997) is a Dutch professional footballer who plays as a midfielder for Arminia Bielefeld, on loan from Anderlecht.

Heerenveen
Vlap is an academy graduate of Eredivisie side Heerenveen and is the son of academy coach and former player Jan Vlap. Having progressed through the ranks of Heerenveen’s youth academy, he signed his first professional contract on 17 February 2015, penning a three-year deal with the club. He later featured for Heerenveen during the 2015–16 pre-season and scored a brace in the club’s 8–1 victory over VV Heerenveen in new manager Jurgen Streppel’s first match in charge of the club. Vlap then made his senior debut for the club on 27 November 2016, coming on as a late, second-half substitute for Kosovar international Arber Zeneli in a 1–0 Eredivisie loss to Ajax.

Vlap failed to appear again during the 2016–17 season but returned to the first team to make his KNVB Cup debut on 20 September 2017, coming on as a substitute in a 2–1 win over Excelsior. He scored his first goal for the club the following month, netting in a 2–1 defeat to AZ Alkmaar. On 3 December, he signed a new five-year contract with Heerenveen after impressing with a run of three goals in his previous five appearances for the club. He ultimately scored four goals in 26 appearances across all competitions for the campaign.

He continued to feature for the club the following season and in October 2018, after scoring a league-high four goals in the month, won the Eredevise Player of the Month award. By the end of the campaign, he had scored 16 goals and recorded six assists which earned him a transfer to Belgian side, Anderlecht.