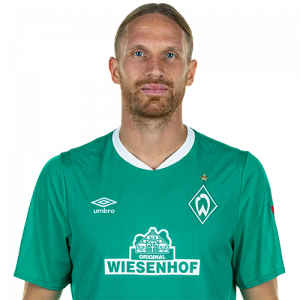 Michael Rico Lang (born 8 February 1991) is a Swiss professional footballer who plays as a defender for German club Borussia Mönchengladbach and the Switzerland national team.

St. Gallen, Grasshopper
Lang began his professional career at FC St. Gallen in the Swiss Super League. He played his first league match at age 16, making him one of the youngest debut players in the Swiss Football League. In the summer 2011 he signed a four-year contract with Grasshopper Club Zürich, the Swiss record football champion. In the 2012–13 season he won the Swiss Cup with the club in the final against FC Basel. The Grasshopper club played two years in a row the qualification for the Champions League. But they lost their games against Olympique Lyon (2013) and OSC Lille (2014).

Basel
On 1 June 2015, Lang joined Basel on a free transfer. He made his first team league debut on 19 July 2015 in the 2–0 home win against Vaduz. He scored his first goal for his new club just one week later on 25 July during the away game against his old club Grasshopper Club. It was the last goal of the game and Basel won 3–2. Under trainer Urs Fischer Lang won the Swiss Super League championship at the end of the 2015–16 Super League season and again at the end of the 2016–17 Super League season. For the club this was the eighth title in a row and their 20th championship title in total. They also won the Swiss Cup for the twelfth time, which meant they had won the double for the sixth time in the club’s history.

On 29 August 2019, Lang joined SV Werder Bremen on a season-long loan deal for the 2019–20 Bundesliga season with an option to buy included.