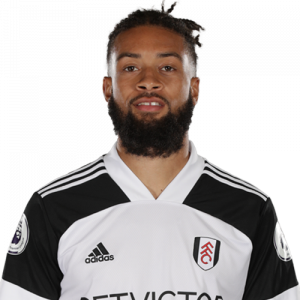 Michael Anthony James Hector (born 19 July 1992) is an English-born Jamaican professional footballer who plays as a centre back for Premier League club Fulham.

Hector began his career in the youth teams at Millwall and Thurrock before moving to Reading in 2009 where he joined the Academy. In his first two seasons at the club he spent time on loan at a succession of non-league sides including Didcot Town, Oxford City and Horsham. Hector signed professional terms with Reading in May 2010 and joined League of Ireland side Dundalk on loan in February 2011. He made his Football League debut for Barnet in November 2011 and his successful spell with the club culminated with Hector winning the Young Player of the Season award. He signed a new contract at Reading in summer 2012 and soon after joined Shrewsbury on a six-month loan. Another temporary spell, this time with Aldershot Town followed, before moving to Cheltenham Town on loan in January 2013. He spent the first half of the 2013–14 season at Aberdeen and made his Reading debut in January 2014.

Hector was born in England but chose to represent Jamaica at international level, being selected in their squad for the 2015 Copa América.

On 5 September 2019, it was announced that Hector would join Fulham, for an undisclosed fee, in the upcoming January transfer window. In an unusual move, he trained with the Fulham team until then. This move, combined with the suspension of the season due to the COVID pandemic, resulted in the headline that he effectively played “three pre-seasons” during the 2019–20 season. He made his debut in a 2-1 win against Aston Villa in the FA Cup third round on 4 January 2020. On 5 August 2020, he started the 2020 EFL Championship play-off final which promoted Fulham back to the Premier League.