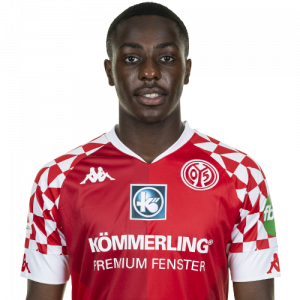 Matondo-Merveille Papela (born 18 January 2001) is a German footballer who plays as a central midfielder for Mainz 05.

Club career
Papela made his professional debut for Mainz 05 in the Bundesliga on 3 January 2021, coming on as a substitute in the 89th minute for Phillipp Mwene against Bayern Munich. The away match finished as a 5–2 loss.

International career
Papela has appeared for the Germany under-15 to under-18 and under-20 national teams. He was included in the under-17 national team squad at the 2018 UEFA European Under-17 Championship in England. He made three appearances in the tournament, in which Germany were eliminated in the group stage.