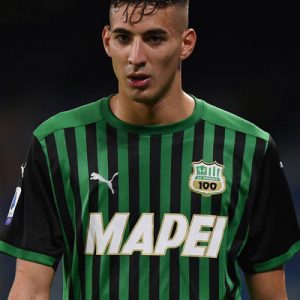 Mert Müldür (born 3 April 1999) is a Turkish professional footballer who plays as a defender for Italian club Sassuolo.

Mainly a right-back, Müldür is a versatile defender capable of playing in multiple positions.

Rapid Wien
Müldür joined the SK Rapid Wien youth academy at the age of six in 2006, and worked his way up into the professional team. Müldür made his professional debut for SK Rapid in a 4–1 Austrian Football Bundesliga loss to FC Red Bull Salzburg on 13 May 2018. On 29 May 2018, Müldür signed his first professional contract for three years with Rapid Wien.

Sassuolo
On 20 August 2019, Müldür signed with the Italian club U.S. Sassuolo Calcio. He made his debut five days later, coming on as a substitute in 2–1 away loss against Torino.