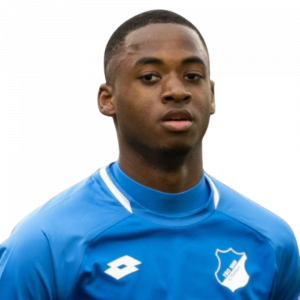 Melayro Chakewno Jalaino Bogarde (born 28 May 2002) is a Dutch footballer who plays as a centre-back for Hoffenheim.

Club career
Bogarde joined the youth team of 1899 Hoffenheim from the Feyenoord Academy in 2018. On 30 May 2020, he made his professional debut for Hoffenheim in the Bundesliga, starting in the away match against Mainz 05.

International career
Bogarde began his international career with the Netherlands under-15 national team in 2017, before playing for the under-16 team until 2018. In 2019, he was included in the Dutch squad for the 2019 UEFA European Under-17 Championship in the Republic of Ireland. The Netherlands won the tournament, defeating Italy 4–2 in the final, with Bogarde appearing in all six matches and later selected by the UEFA technical observers for the team of the tournament. As a result, the Netherlands under-17 team qualified for the 2019 FIFA U-17 World Cup in Brazil later that year. Bogarde was included in the Dutch squad for the tournament, in which he made three appearances as the Netherlands finished fourth.