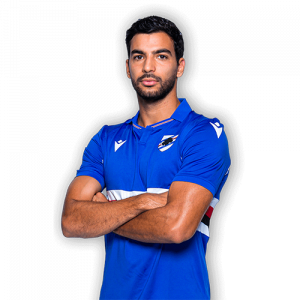 Mehdi Pascal Marcel Léris (born 23 May 1998) is a French professional footballer, who plays for Serie A club Sampdoria as a midfielder.

Professional career
Léris caught the eye of A.C. ChievoVerona in an amateur showcase tournament in Paris in 2013, and thereafter joined the youth academy of the team. Léris moved on loan to Juventus F.C. with an option to buy for a year, becoming a part of the youth squad without making an appearance for the senior team. Léris returned to Chievo, and made his professional debut with them in a 3–0 Serie A loss to Juventus FC on 9 September 2017.

On 12 August 2019, Léris signed a five-year deal with Sampdoria.

Personal life
Léris was born in France to a Spanish father and Algerian mother, and is eligible for all three national teams. Léris’ father, Yannick, is a former amateur footballer and a U16 football coach in France.