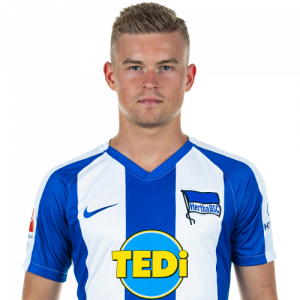 Maximilian Mittelstädt (born 18 March 1997) is a German footballer who plays for Hertha BSC.

Youth
Maximilian Mittelstädt made his first football steps as a five-year-old in the youth of SC Staaken, before moving to Hertha Zehlendorf. In 2012 he switched to Hertha BSC’s youth team.

On August 18, 2015, Mittelstädt received a professional contract from Hertha BSC that was valid until 2018. He made his Bundesliga debut on March 2, 2016 in a 2-0 win against Eintracht Frankfurt, when he came on for Salomon Kalou in the 90th minute of the game. On October 30, 2018, he scored his first competitive goal for Hertha BSC in a 2-0 away win in the DFB Cup against SV Darmstadt 98. In the 1: 2 defeat at VfB Stuttgart on December 15, 2018, he scored his first Bundesliga goal.

After the 2018/19 season, Mittelstädt prematurely extended his contract in Berlin.