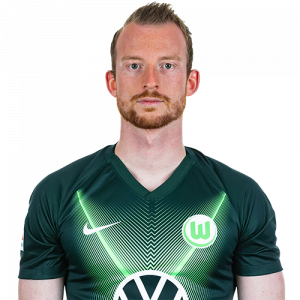 Maximilian Arnold (born 27 May 1994) is a German professional footballer who plays as a midfielder for VfL Wolfsburg.

An academy graduate of Wolfsburg, Arnold became the club’s youngest ever debutant in 2011 and has since made over 200 league appearances. He is also a full German international having made his senior debut in 2014.

VfL Wolfsburg
Youth and early Wolfsburg career
Born in Riesa, Germany, Arnold represented local sides BSV Strehla and SC Riesa during his formative years. In 2006, at the age of 12, he left Riesa to join the academy of Dynamo Dresden where he spent the next four years before signing for VfL Wolfsburg. During his time with Wolfsburg’s youth sides he helped the club to two German U-19 championships; in 2009 and 2011.

Arnold was handed his first-team debut by Felix Magath on 26 November 2011 when he was brought on as a late substitute in a 2–0 loss at FC Augsburg. Upon appearing he became the club’s youngest ever debutante at the age of 17 years, five months and 30 days. He spent the majority of the season with the U-19 side, however, and made only one further senior appearance for the remainder of the campaign.

After continuing to impress at youth level, Arnold returned to the first team in 2013 under new manager Dieter Hecking. On 13 April, he scored his first professional goal in a 2–2 home draw against 1899 Hoffenheim. In doing so, he also became the club’s youngest ever goalscorer.He scored again the following week in a 3–0 victory over Werder Bremen which helped end a streak of five matches without a win for Wolfsburg. Following a run of two goals in six matches, Arnold signed an extended four-year contract with the club.