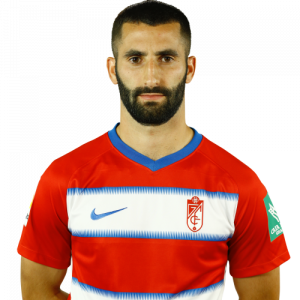 Maxime Gonalons (born 10 March 1989) is a French professional footballer who plays as a defensive midfielder for Spanish side Granada CF.

Youth career
Gonalons had been with Olympique Lyonnais since the age of 10 climbing through the club’s youth sections after joining the club from local outfit FC Villefranche. For the 2007–08 season, at the age of 18, he was promoted to the club’s Championnat de France amateur team appearing in 26 matches scoring two goals.

Lyon
Following the season, on 6 July 2009, Gonalons signed his first professional contract agreeing to a one-year deal with the club. The club does have the option to keep him for the next two seasons over after the one-year deal expires.

Roma
On 3 July 2017, Gonalons signed a four-year contract with Roma.

Sevilla (loan)
On 20 August 2018, Sevilla announced the signing of Gonalons on a season-long loan.

Granada
He signed permanently with the club for €4 million.