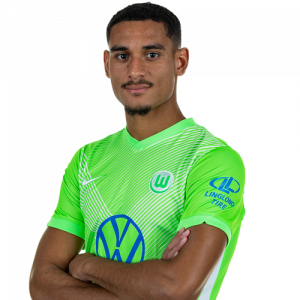 Maxence Lacroix (born 6 April 2000) is a French professional footballer who plays as a centre-back for Bundesliga club VfL Wolfsburg.

Club career
On 21 August 2017, Lacroix signed his first professional contract with FC Sochaux-Montbéliard. Lacroix made his professional debut with Sochaux in a 1–0 Ligue 2 win over FC Lorient on 22 December 2018.

On 25 August 2020, Lacroix joined VfL Wolfsburg on a four-year deal.

International career
Lacroix is a youth international for France, and represented the France U17s at the 2017 UEFA European Under-17 Championship and 2017 FIFA U-17 World Cup.