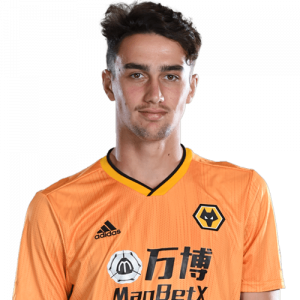 Maximilian William Kilman (born 23 May 1997) is an English professional footballer who plays as a defender for Premier League club Wolverhampton Wanderers.

Kilman spent the season with the club’s under-23 side, helping them to win promotion from the second tier of the Premier League reserve competition. In April 2019, head coach Nuno Espírito Santo stated that “Max is 100 per cent integrated into the (first team) squad… I just see him as a very good football player, a centre-half with quality. He’s big, aggressive. He has to improve like all young players, but we’re really, really happy with Max.”

Kilman was first included in a senior matchday squad in December 2018 and was an unused substitute on five occasions before the defender made his senior debut for Wolves on 4 May 2019 when he came on as a last-minute substitute in a 1–0 win against Fulham in the Premier League. In making this bow in the Premier League, Kilman became the first player to go directly from non-League to the Premier League, with no loans in between, since Chris Smalling moved from Maidstone United to Fulham in 2008 Kilman made his full senior debut for Wolves in a 4–0 home win against FC Pyunik of Armenia in the 2019–20 UEFA Europa League Qualifying Third Round, 2nd Leg, on 15 August 2019.

On 21 April 2020, Wolverhampton’s Express & Star announced that Kilman’s contract with Wolves had been extended until the summer of 2022.

Kilman started in two consecutive Premier League games for the first time when Wolves visited Leeds United on 19 October 2020, and marked the occasion by setting up the only goal of the game for Raúl Jiménez, his first assist as a Wolves player, and being nominated Man of the Match both by BBC Sport and Sky Sports.

On 21 October 2020, two days after his Man of the Match performance, Wolves announced that Kilman had extended his contract with the club until the summer of 2025.