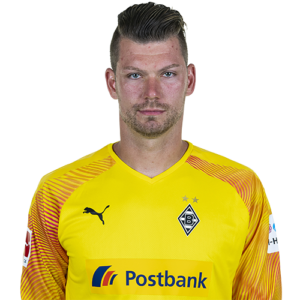 Maximilian “Max” Grün (born 5 April 1987) is a German professional footballer who plays as a goalkeeper for Borussia Mönchengladbach.

Grün began his career with FV Karlstadt, before in summer 2002, he was scouted by Bayern Munich. After three years in Bayern’s youth setup, he was promoted to the reserve team, where he served as the backup goalkeeper for four years, behind Michael Rensing and later Thomas Kraft. After seven years with Bayern Munich, he left the team to sign a one-year contract with SpVgg Greuther Fürth on 5 August 2009.