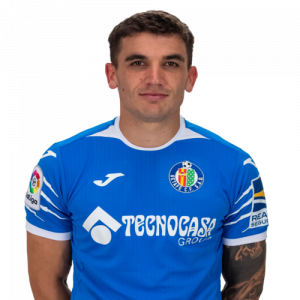 Mauro Wilney Arambarri Rosa (born 30 September 1995) is a Uruguayan footballer who plays as a midfielder for La Liga club Getafe CF and the Uruguay national team.

Defensor Sporting
Arambarri was born in Salto, and joined Defensor Sporting’s youth setup in 2011 after impressing in a local youth tournament. He was promoted to the first team in July 2013 by manager Tabaré Silva, and made his professional – and Primera División – debut on 15 September by starting in a 1–0 home win against Fénix.

Arambarri continued to feature regularly for La Viola in the following seasons, and scored his first senior goal on 21 March 2015 by netting the first in a 1–1 home draw against Cerro.

Bordeaux
On 31 January 2016, Arambarri signed a four-and-a-half-year contract with Ligue 1 side FC Girondins de Bordeaux. He made his debut for the club on 3 February, coming on as a second-half substitute for Valentin Vada in a 3–0 away loss against Olympique Lyonnais.

Arambarri was only rarely used by the club in the 2016–17 campaign, being limited to four league appearances, all from the bench.

Getafe
On 9 August 2017, after having his federative rights assigned to Boston River, Arambarri signed a one-year loan deal with La Liga club Getafe CF, with a buyout clause, which was activated on 11 June 2018. Arambarri signed a five-year contract.