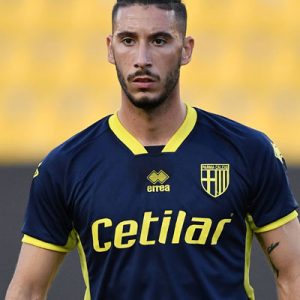 Mattia Sprocati (born 28 April 1993) is an Italian professional footballer who plays as a midfielder for Parma.

Sprocati joined Parma on loan from Pavia in January 2012. He went on to sign for the Serie A club in a definitive deal on 2 July in the same year and was immediately loaned out to Reggiana.

Pro Vercelli
On 14 January 2015, Sprocati moved to Pro Vercelli from Crotone in a temporary deal, with Kelvin Matute moved to opposite direction temporary. On 2 July Pro Vercelli signed Sprocati outright from Parma, in a three-year contract.

On 30 January 2017, he was signed by Salernitana in a temporary deal.

Parma redeemed the player at the end of the season. Sprocati started the 2019–20 season well, scoring four goals in a 14–1 pre-season win against ASV Prad.