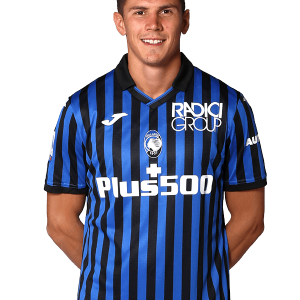 Matteo Pessina (born 21 April 1997) is an Italian professional footballer who plays as a midfielder for Serie A club Atalanta and the Italy national team.

Coming from the youth system, Pessina began his senior career in 2014 at hometown club Monza. In 2015 he moved to Milan, from where he was loaned out to Lecce, Catania, and Como.

On 7 July 2017, Pessina signed a contract with Atalanta. On 25 August, he was signed on loan by Spezia. On 26 August 2019, Pessina joined Hellas Verona on loan with an option to buy. On 10 February 2021, he scored 2 goals in a 3-1 win against SSC Napoli in Coppa Italia semi-final 2nd leg with Atalanta progressing to the final.

International career
Pessina was a member of the Italy U20 side that finished in third place at the 2017 FIFA U-20 World Cup.

Pessina made his debut with the U21 team on 5 October 2017, in a 6–2 friendly win against Hungary in Budapest.

He was called up to the Italy senior squad by manager Roberto Mancini in November 2020, and made his senior debut for Italy on 11 November, featuring as a substitute in a 4–0 friendly win against Estonia in Florence.