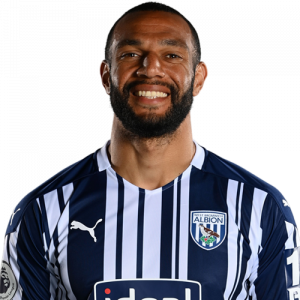 Matthew Phillips (born 13 March 1991) is a professional footballer who plays as a winger for Premier League club West Bromwich Albion and the Scotland national team.

Born in Aylesbury, Buckinghamshire, Phillips began his career at Wycombe Wanderers before a move to Blackpool, and has also had a spell on loan at Sheffield United. He has represented England at under-19 and under-20 level but has subsequently represented Scotland at senior level, qualifying through his grandparent’s nationality.

On 6 July 2016, Phillips joined Premier League side West Bromwich Albion on a four-year deal. Phillips got his first league goal in a win against reigning Premier League Champions Leicester City. He finished the game with an assist and the winning goal in the 2–1 win. Phillips continued his goal scoring exploits in the next game against Burnley F.C. He opened the scoring in the fourth minute and also set up a goal for Albion captain Darren Fletcher, helping the team to establish a 3–0 first half lead, in a game which ended as a 4–0 win. On 31 December he scored and set up Hal Robson-Kanu’s first Albion goal in a 2–1 win over Southampton. He set up more goals for Chris Brunt and Gareth McAuley in a 3–1 win over Hull which took his tally up to 8 assists for the season.