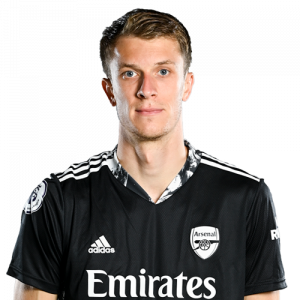 Matthew Ryan Macey (born 9 September 1994) is an English professional footballer who plays as a goalkeeper for Premier League club Arsenal.

Macey started to play youth football for Avon Arsenal Comets. In 2007, he applied but was rejected from Bristol Rovers’ Centre of Excellence. Macey was also invited to train with Cardiff City but felt the travel commitment was too much. He then later went on to represent the youth teams of Bath City and Yate Town before Bristol Rovers signed him in 2009 before signing him as a full-time scholar in 2011. He first appeared in the Bristol Rovers squad for their League Two fixture against Torquay United in March 2012 but never made a first-team appearance for Bristol Rovers. He was however a part of their under-18 double-winning team. Macey was offered a professional contract at the end of the second year of his scholarship in the summer of 2013.