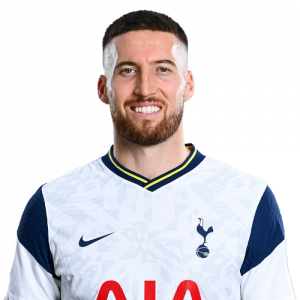 Matthew James Doherty (born 16 January 1992) is an Irish professional footballer who plays as a right back for Premier League club Tottenham Hotspur and the Republic of Ireland national team.

Doherty was signed by Wolverhampton Wanderers in 2010, who played his Irish club Bohemians during pre-season. He gained senior football experience with loan spells at Hibernian and Bury, respectively, before beginning to regularly feature in Wolves’ first team. Doherty was to be a Wolves player for ten years (2010–2020) and make 302 appearances for the club in all competitions. After representing Republic of Ireland U21s, Doherty received his first call-up to the senior Republic of Ireland squad in 2016.