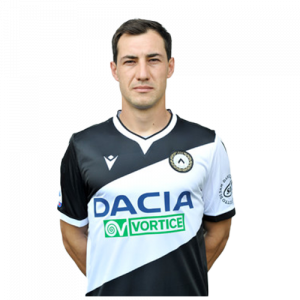 Mato Jajalo (born 25 May 1988) is a Bosnian professional footballer who plays as a midfielder for Serie A club Udinese and the Bosnia and Herzegovina national team.

Jajalo started his professional career at Slaven Belupo, before joining Siena in 2009. Two years later, he signed with 1. FC Köln, who loaned him to Sarajevo in 2014. Later that year, he was transferred to Rijeka. A year later, Jajalo moved to Palermo. In 2019, he switched to Udinese.

A former Croatian youth international, Jajalo even made his senior international debut for Croatia, only to switch his allegiance to Bosnia and Herzegovina in 2016, earning 11 caps since.

On 11 June 2019, Jajalo signed a three-year deal with Udinese. He made his official debut for the club in Coppa Italia game against Südtirol on 18 August. A week later, he made his league debut in a defeat of Milan.

In December 2020, he suffered a severe knee injury, which was diagnosed as anterior cruciate ligament tear and was ruled out for at least six months.