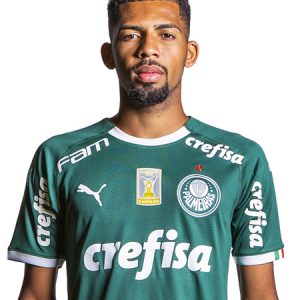 Barcelona
On 31 January 2020, Barcelona announced that they had reached agreement with Palmeiras for the transfer of Fernandes, who would join the Catalan club ahead of the 2020–21 season at the end of September, after completing his loan spell with Real Valladolid. Barça paid a fee of €7 million plus €3 million on add-ons, and the player agreed to a five-year contract with the club. On 24 November, he made his first and only appearance of the season for Barcelona’s first team and also in the UEFA Champions League when he replaced Pedri for the final 17 minutes during a 4–0 away victory against Dynamo Kyiv in a Champions League group stage match.

On 17 April 2021, Matheus won his first trophy with Barcelona after his side defeated Athletic Bilbao 4–0 in the Copa del Rey final. Although he didn’t feature for a single minute in the competition, he was considered as a winner as he was named in the matchday squads in two of the matches.