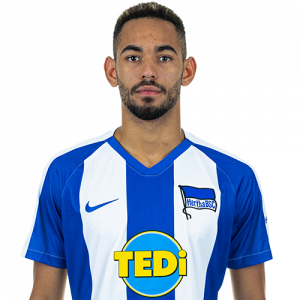 Matheus Santos Carneiro da Cunha (born 27 May 1999) is a Brazilian professional footballer who plays as a forward for Bundesliga club Hertha BSC.

Club career
Cunha joined FC Sion from Coritiba in 2017. He finished his first season in the Swiss club with 10 league goals. On 24 June 2018, Cunha joined Bundesliga club RB Leipzig on a five-year-deal.

On 31 January 2020, Hertha BSC announced the signing of Matheus Cunha on a four-and-a-half-year deal.

International career
In September 2020, he was called up to the senior Brazil squad for 2022 FIFA World Cup qualification matches against Bolivia and Peru on 9 and 13 October 2020, respectively.