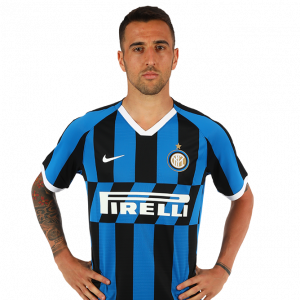 Matías Vecino Falero (born 24 August 1991) is a Uruguayan professional footballer who plays as a midfielder for Inter Milan and the Uruguay national team.

On 31 July 2017, Fiorentina authorized Vecino to have a medical with Inter Milan, in order to complete a reported €24 million transfer. The transfer was made official on 2 August, with Vecino signing a contract until June 2021.

He was given squad number 11, and made his competitive debut on 20 August in the opening Serie A matchday against his former side Fiorentina, featuring full-90 minutes as Inter won 3–0. Vecino scored his maiden Inter goal six days later in the next match against Roma, netting the third goal in an eventual 1–3 away win, the first win at Stadio Olimpico over Roma after nine years.