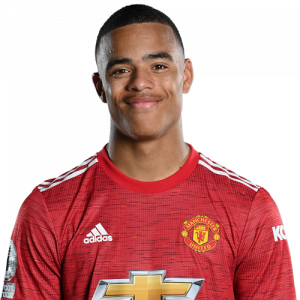 Mason Will John Greenwood is an English professional footballer who plays as a forward for Premier League club Manchester United and the England national team.

Greenwood left his first start to Manchester United in September 2019 at a UEFA Europa League match against Astana, in which he scored becoming the club’s youngest ever goalscorer in Western competition at the age of 17 years, 353 days.

Green Wood made his debut for England under-21 in the qualifying for its 2021 UEFA European Under-21 Championship. He made his senior international debut in September 2020.